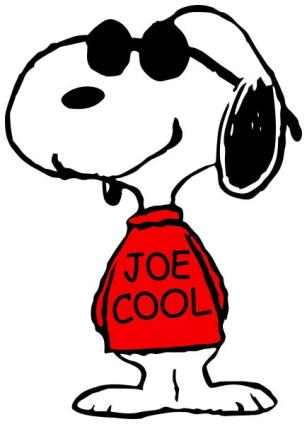 The above was copied verbatim from https://www.peanuts.com/characters/snoopy/ because if you read my blog, you know I don’t reinvent the wheel. If someone says it better I REPEAT IT ! LOL

Unofficially Snoopy was the first dog I ever fell in love with. So what if he was more than 20 years older than me by the time we met. I looooved him! Snoopy was actually the hardest character to write about in the series “Leadership Lessons I Learned from Peanuts.” Maybe that’s why it’s taken me so long to write the post. It isn’t because there aren’t a lot of lessons to learn, it’s just that Snoopy, while on the surface appears to be the simplest of the characters in some ways he is also the most complex.

So what exactly was the allure and what leadership lessons can we learn from snoopy?

Snoopy was cool and unlike any other dog in comic stripdom. With the exception of the psycho cat next door (who appeared later in the strip, perhaps an attempt to make him relatable) nothing fazed him.

In a previous installment I talked about how a good leader knows how to follow other good leaders. In following Charlie Brown, Snoopy proved his a loyalty and thus also proved his commitment to being good leader. Sure he often disrespected Charlie Brown, was sometimes selfish, and didn’t always show his appreciation, but when Charlie really needed him Snoopy was always there.

I think though, what really linked me to Snoopy, was his vivid imagination. Life can sometimes be boring and at other times extremely stressful. A good nature and a strong imagination can mean the difference between being depressed (aka Charlie Brown) or cheerful and upbeat. Snoopy balanced “That Big Round Headed Kid’s) neurosis perfectly. 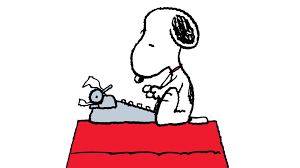 Like myself when I was young, Snoopy also relished living his fantasy lives. From the British World War I flying ace, or his many Joe Cool characters Snoopy understood the importance of dreaming. Of course, being a writer my favorite character was Joe “World Famous” Writer-penning novels that never went anywhere. Sure he cried sometimes, but he never gave up did he? Not on writing, stealing Linus’s blanket, or on his friends. And that is what real leaders do don’t they. They keep dreaming, they keep believing. In doing so they keep us dreaming and believing in ourselves.

Snoopy piloting his World War I “Sopwith Camel” fighter bi-plane, disguised as a doghouse. And who can forget the first moment they go a peek inside that doggie dream house.