This is a beautiful, heartwarming, and well written piece of journalism I have read in a long time.  I encourage you to read the full story by clicking the link below.

Sabika Sheikh, a Muslim exchange student from Pakistan with dreams of changing the world, struck up an unlikely friendship with an evangelical Christian girl. The two became inseparable—until the day a fellow student opened fire.

I’m just gonna say what many of you are thinking.

Kimberly Jo Brodnax-Winters aka Kim got on my last nerves!

She was a know it all. You couldn’t tell her anything.

She was always right. Even when she was wrong.

She was ALWAYS trying to manipulate me into doing her bidding, which was often the primary source of our falling outs and disagreements over the years.  In fact, we were in the middle of one when she died and I’m mad at her for dying before I could prove to her that I was right.

But she was my friend and I loved her.

I’ll even miss our fights because for all her faults and frailties she was a good person.  She loved to fight on behalf of those who were hurt and abused because she knew what it felt like to be hurt and abused.

She cared about kids and would do just about anything for a young person. She sacrificed and gave up a lot of herself to work on behalf of the downtrodden and I can’t think of a single person besides Kim who would have the courage and the nerve to minister to prostitutes on her own time, her own dime, and without police protection. You know it’s bad when the police find out and say “We need to get this woman some help before she gets killed.” And they helped her.

I can’t count the number of programs Kim has created an implemented over the years, or the number of those she roped me into helping her with.  Probably just equal to the number of lawsuits she’s filed over the same number of years.  Kim was a fighter.  Whether it was fighting for justice or fighting for the life of a child she would do it.  Having one leg didn’t stop her either.  Sure it may have slowed her down, but she always found a way to get things she wanted done.

This is going to sound like a set up for a joke, but I promise you it’s not. Kim was a one legged, blind, obese woman and wrote a book okay.  Yeah she needed help-but she got it done!  What’s your excuse for not achieving your dreams?

Over the years we talked about writing a sitcom based on her life, because she was always calling and telling me about some crazy thing that happened to her.  Things that never happened to other people.  Like how does a blind woman in wheelchair almost get arrested for passing counterfeit money? Or get tossed in jail for having “too much money” after being pulled over for an expired tag, while she way on the way to the DMV. Well actually, I know the answer to that question-Kim’s mouth.  LOL. She wouldn’t stop getting smart with the police officer so he arrested her just because he could.  And no one else but Kim could almost find themselves in a run in with the KKK after a routine gas stop.  That’s a long scary, but hilarious story; and it could only happen to Kim.

I will truly miss sharing our day and hearing her incredibly crazy stories.

Yes, Kim drove me bananas, and I imagine right about now she’s driving God bananas as well.  I can see her trying to tell Him how to run heaven and that he needs more orange up in the place.  Her mansion is probably decorated in coke motif, with orange leather furniture and African artwork, iguanas and snakes, all over the place-and kids are everywhere!  She’s surrounded by them, cooking for them, planning heavenly activities for them.

I look forward to seeing her in heaven one day, although I probably won’t recognize her because she’ll be in her new body.  She will have achieved that level of perfection she was never able to attain here on earth and she’ll be happy.

I hate that I am not able to attend her funeral having used up all my time for the year, and since friends are not considered “family” I can’t claim funeral leave.  Which is unfortunate because there are friends who are closer to us than our own family and it’s not fair that they don’t count.

So here’s to you my friend.  My final words that you never got hear, but I believe God will share them with you.

You cheated death so many times that the reality of me not being able to call you anymore has just kicked in and I am really, really sad. I type these final words through blurred vision.

You do count Kim.

I will miss you my friend and I will never forget you. 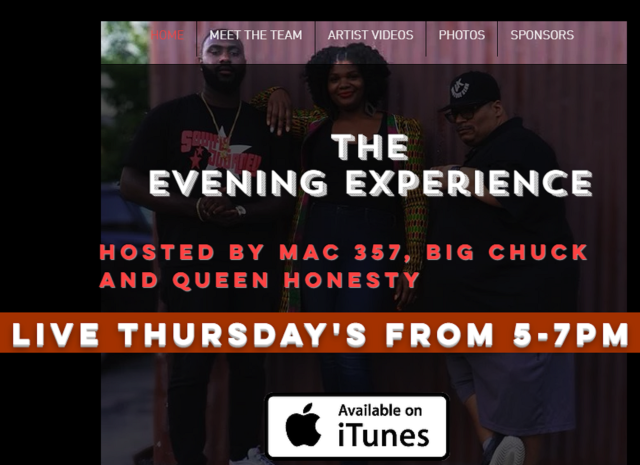 Are you available  on, Thursday,  April 4th at 6:30PM  EST?   If so please tune into The Evening Experience-a digital talk radio show with over 1.5 Millon listeners!  I’ll be live with host on the air talking about poetry and reading from my books.  I hope you’ll join us. Lena
Website: https://www.theeveningexperience.com/
IG: @theveningexperience